US equities ended June at a new historical maximum, while European equities turned around by the middle of the month and finished mostly unchanged. Meanwhile, Chinese stock market continued its struggle and commodities paused their stelar ride and broadly retreated during the month, led by industrial metals. The only exception was oil, which continued its rally as OPEC+ supply agreement is proving difficult to achieve. We have seen Chinese PMIĀ“s dropping sharply and credit creation turning negative in yearly terms. This developments have historically been consistent with a decline in commoditiesĀ“ prices.

Regarding monetary and fiscal policy, no major changes. A little tweak in FEDĀ“s communication this month had almost no impact on US markets, as the FED toned down the message after an initial negative reaction in equity markets. Monetary policy remains extraordinarily loose even if interest rates are expected to be risen slightly sometime during 2023. If governmentĀ“s deficit remains this big, the FED has no other choice but to keep buying US treasuries, as it seems they want to avoid an ugly rise in yield that could derail financial markets. Not an easy situation for the FED and obviously not for investors, which keep mostly ignoring many of the risks surrounding us.

A positive month for the strategy as cyclical currencies within our universe have started to reverse the impressive rally witnessed during the last several months. AUD and NZD to a bigger extent, and less so CAD, have lost ground against JPY and USD. Even as we have been positioned defensively during the first semester of 2021 and equities have rallied without any significant correction, the strategy has performed positively and has exhibited negative correlation to risk assets ( -45% correlation to S&P 500). The contribution from closed trades has been close to 8% during the semester.

Some of our pairs have reached very stretched levels. Concretely USDCAD and EURJPY have broken Total Protection in some combinations. This has not been a problem as movement helps us to have more protection than Total Protection in a vast majority of our positions, as we explained last year in the paper āSystem Enhancementsā (Attachedhere). Risk has been diminished as several trades were exited with profit. We maintain a risk off positioning in favor mainly of JPY, while CAD remains our biggest short.

Below we show you the October cards of all our funds.

As always we remind you that we are at your disposal for anything you may need.

This document is provided for informational purposes only and cannot be considered in any case as a contractual element, a recommendation, personalized advice or an offer. Nor can it be considered as a substitute for Key Information Document (KID) or any other mandatory legal information that should be consulted prior to any investment decision. In case of discrepancy, the legal information prevails. All this legal information is available at the offices of Grantia Capital SGIIC, SA and on its website: www.grantiacapital.com 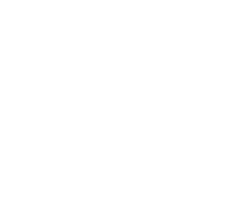 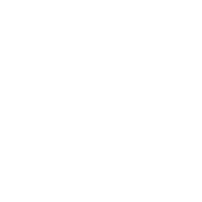